Why read a book by a politician claiming to identify the problems facing the United States and offer solutions, while neglecting to mention race, gender, and class structures? Ever wish we had a historian serving as policymaker to introduce critical analysis and a hard look at structures of oppression throughout American history? Americans have one historian in the US Senate currently, trained at Yale, and the aforementioned book is by him. US Senator Ben Sasse’s 2017 The Vanishing American Adult claims that “we are living in an America of perpetual adolescence” and offers a roadmap to fix it.[1] The book argues that perpetual adolescence is a problem facing the United States today. Despite claiming a national scope for this problem, Senator Sasse’s The Vanishing American Adult mainly applies to upper class white Christians, thereby exposing an arrogant idealism that is closer to neoliberal fantasy than reality.

The book begins by explaining problems that Sasse perceives America to be facing, including the purported decline of the nuclear family. He writes: “The warning bells we’ve been hearing for half a century about the nuclear family being in peril turned out to be right.”[2] The Senator advocates for a country in which each child wakes up in a house of two parents and siblings, and then that child prays beside classmates before discussing the meaning of life. He bemoans the absence of prayer in schools because “the removal of those activities had the unintended consequence of removing existential questions about how the individual fits into the bigger, cosmic picture; about our life’s purpose.”[3] But currently, too many American children do not have resources to ascend the hierarchy of needs toward high-minded questions. Senator Sasse’s vote for President Trump’s tax plan reinforces uneven allocation of resources, which makes it less likely for families to stay together, for children to have their basic needs met, and for children to live beyond adolescence, literally.

Attempting to identify another “problem,” Senator Sasse connects overly nurtured American children to women’s prominent role in contemporary society. In “Little Citizens to Baby Einsteins,” Sasse lists the qualifications for becoming an adult, notably losing virginity, getting married, and having children. He claims that these are declining and becoming fuzzier. His emphasis on virginity and his assumption that women want to have children come across as nostalgic for an earlier time—a time that never really existed. Section titles such as “More Years Under Mom’s Roof” and “Less Religious Participation” grasp for an era before feminism and secularism.

Fetishizing private property as an end in itself reflects a neoliberal ideology.

Throughout his book, Senator Sasse deliberately misconstrues the idea of safe spaces by labeling young people “intellectually fragile,” when in reality safe spaces allow people to engage with different perspectives, while enabling survivors of trauma to learn. In fact, the phrase “safe space” actually refers to the idea that debate is open without judgment or hostility and without re-traumatizing individuals. A highpoint of The Vanishing American Adult explains that children “are plants—They require a protected environment, and care and feeding, but most basically an internal yearning to grow toward the sunlight.”[4] Sasse’s critique of safe spaces, however, makes clear that he only seeks to care for and protect students who have not endured trauma.

Although Senator Sasse’s anti political correctness rhetoric is emblematic of the current Republican Party, it contradicts the concern that he expresses for American education. Arguing “More School Isn’t Enough,” Sasse points out that allocating federal funds to public schools currently is not working: “Instead of admitting that our one-size-fits-all model is extending the period of adolescence rather than producing active learners, we are lazily deciding to invest even more power and authority in the same one-size-fits-all model.”[5] This is one place where Sasse sounds like a neoliberal, as if the free market or even good will could reallocate resources better than the federal government can. Fetishizing private property as an end in itself reflects a neoliberal ideology.

After he identifies these “problems,” each remaining chapter focuses on one of Sasse’s ideas for solutions. He proposes “suffering” as a character-building activity that young people should pursue. Although his point about work ethic on the farm may be well intentioned, manual labor falls short of what many Americans would call suffering. In a country where too often African Americans face police brutality, women face sexual assault, and the working poor have neither healthcare nor nutrition, the idea of seeking out “suffering” seems strikingly detached. By this point, it should not come as a surprise that Senator Sasse’s votes in the US Senate frequently overlook realities of race, gender, and class structures.

His cry to “Consume Less” likewise ignores the perils of class and structures of oppression that affect Americans who are impoverished. He states that “today, we are wealthy—extremely wealthy.”[6] Senator Sasse recommends purchasing attire from Goodwill stores, culturally appropriating them but also recommending high-quality running sneakers.[7] If this were insufficient unawareness of privilege, he also suggests keeping a list of junk foods consumed, as if people who are impoverished have other options.[8] Policymakers could pass legislation to improve this, but instead Sasse blames consumers. If everyone consumed less, however, the economy would collapse. While traditional conservatives argue that consumption is the ultimate good, Sasse’s opposition to widespread consumerism—a shared standard of wealth that drives Americans—is a nod toward neoliberal fantasy as an internalization of hierarchy.

Senator Sasse emphasizes the ills of passivity throughout The Vanishing American Adult, which is ironic because the author is quite passive in the US Senate. His recommendation “Travel to See” advocates for active travel instead of passive tourism. He makes one good point in the travel chapter that the “fancy” people that one meets do not make as significant of an impression as the less “fancy” people.[9]

The last two chapters “Build A Bookshelf” and “Make America An Idea Again” are emblematic of Senator Sasse’s idealism, bordering on cultural neoliberalism. He writes: “America is a different kind of place. It was founded deliberately, by people with ideas about heaven and hell,” once again alluding to the Christian nation mythology.[10] This claim overlooks the theft of native lands, made clear in books such as historian Daniel Richter’s 2001 Facing East from Indian Country, plus others published after Sasse’s doctoral exams. Sasse excludes key texts for understanding American history and society. To start, widely read books such as The New Jim Crow by Michelle Alexander and Stamped from the Beginning by Ibram Kendi would complement the Senator’s bookshelf, advance his worldview, and unpack the colorblindness in The Vanishing American Adult.

In a country where too often African Americans face police brutality, women face sexual assault, and the working poor have neither healthcare nor nutrition, the idea of seeking out “suffering” seems strikingly detached.

Further misconstruing history and reality, Sasse argues in favor of American exceptionalism. He writes: “American exceptionalism is not some claim to ethnic or moral superiority; rather, it is a claim about the American Founding being unique in human history.”[11] He continues: “America’s Founders stunningly, arrogantly, looked at history and at kings, and retorted: We don’t believe this is right… We believe government is a tool that people create for themselves.”[12] How does a trained historian write this framing?

One explanation is that Senator Sasse did not write this book for historians. For whom did he write it? The author’s contentions about actively engaging, pursuing suffering, and spending less, are good advice for passive Americans enjoying some level of comfort with money and resources to spend. And what is his angle while addressing these passive consumers? Alas, Senator Sasse is a trained historian. Any historiographical or methodological angle of The Vanishing American Adult is fleeting or, if you will, vanishing. At best, the book’s contribution to literature and politics is that problems of a lazy millennial generation, passive consumption, and technological advancement call for solutions of reading, traveling, and working harder. Absent in Senator Sasse’s analysis, however, is institutional and policy change. Absent is his initiative as a highly educated policymaker in the United States Senate. 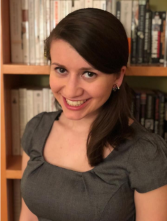 Rebecca Brenner is a PhD student in History at American University in Washington, DC. She is currently writing her dissertation prospectus on the Sunday mail controversy beyond church and state from 1810 through 1912. In fall 2017, she passed comprehensive exams with distinction in Early United States, Recent United States, and Public History. She earned her masters with a concentration in public history and has worked at several museums in Washington, DC. Rebecca graduated Phi Beta Kappa from Mount Holyoke College with majors in history (honors) and philosophy.

1 comment on “Did Sasse Go to Class? Review of Historian and US Senator Ben Sasse’s The Vanishing American Adult”